Tips and tricks to get the most out of navigating russbo.com

Tips and tricks to get the most out of navigating russbo.com

News from the world of russbo.com

Information about our various contributors can be found here.

The ancient saying goes something like this: "In the martial arts world, the sun always sets upon Shaolin".

Truer words could never be spoken....

This is an introduction to Seidokan Karate. It is presented by a sixth dan who is very cognizant of multiple styles of karate. It is our purpose here to not only demonstrated the some of the style and techniques of this Okinawan art, but also to show how it correlates with Shaolin gong fu.

This entire section on Seidokan karate is authored and presented by Eddy Schumacher. He can be reached personally at

Don't hesitate to contact him if you have any questions.

Books about the place, journals from people who have been there, frequently asked questions about all things Shaolin, and, photos, biographies of the important Shaolin people, history, and gong fu (kung fu). It's all here, in the Shaolin Section.

Well, they all don't have terribly exciting lives, but they are interesting ones. And to further expose you to the real Shaolin Temple, I'll try to give some background on some of the major players here. The language barrier makes it difficult to get biographies on these guys, and, because of generally similar backgrounds and lifestyles, it is not all that interesting to start spewing forth biographies on many of them. However, I'll try to present a few just so you get an idea of what it's like to be a Shaolin Temple monk.

Some historical tidbits and legends about Shaolin:

Photos of the famed Shaolin Temple itself, along with pictures of the surrounding areas.

Stories about people's journeys to Shaolin, written by those very same individuals. Embedded within are some contemporary historical tidbits about recent political happenings.

Contributions by various experts in the field

The Shaolin FAQ section has undergone many revisions in the past twelve years. It essentially started out as responses to emails that I had received. All of the questions listed in these sections are real; they were sent to me by people who either had visited Shaolin, or were planning to. As they became a veritable font of information, I decided to publish them.

There is a lot of information in these sections, some comical, some highly relevant for safe and efficient training journeys to Shaolin. If there are any questions that you would like to see answered, don't hesitate to contact me. There's no such thing as a bad question. There are stupid ones, but there are no bad ones. I'll answer them all.

Shaolin happenings. Occurrences. History in the making. All the latest news from the Shaolin world, right here.

The latest news from the russbo Team concerning all things Shaolin, and other related tidbits.

All things related to China: Travel logs, photo galleries, and stories, all representing travel throughout the country since 1995.

Articles, photo galleries and travel logs from the northwestern areas of China

Articles, photo gallerieis and travel logs from the northeastern parts of China

Articles, photo galleries and travel logs from the southeastern parts of China

Articles, photo galleries and travel logs from the southwestern parts of China

It's been a recurring theme, the whole concept of Buddhism and gong fu. A a most puzzling one at that. People always ask, what does this whole peace-loving philosophy and religion called Buddhism have to do with the Shaolin martial arts? How does one coexist with the other? Or, even more bizarre, how does one seem to depend so heavily upon the other? To the point whereby the loss of one might ultimately end up in the destruction of the other?

Talk about symbiotic relationships. It's something that really puzzled us back in 1995, when we discussed it with Shi De Ren, the Shaolin temple's accomplished Buddhist master. As I remember, we left even more puzzled than we were when we got there. And you really would not have understood the term "puzzled" until you met us.

And over the years, attempts to study Buddhism and other Eastern Oriental thought just ended in more dire confusion. One of the problems is that we, in the west, are brought up thinking in a way which tends to be more scientific, more cause and effect related, more direct, and more "rule" driven. Eastern Oriental thought tends to be more fluid, more indirect, more circuitous, and therefore, it requires more analysis and understanding, to see behind the words, instead of seeing the words themselves. We tend not to think this way, so we tend to get lost in it.

But, as I've learned more and more gong fu, I've also discovered the importance of learning more and more Eastern Oriental thought. You really can't learn one without the other. It's tough, but it's not incomprehensible. The last thing that I want to do here, though, is bore you with the details of Buddhism. Struggling through that is something that you should undertake on your own. Getting to the important stuff, and how it relates to gong fu, well, that is a worthy undertaking. And that is what we are going to try to accomplish here.

I'm fortunate in that there are some resident experts out there who are devoted to the promotion of the Shaolin arts, and some of them, are expert in these Oriental religions and philosophies. They have decided to dedicate and devote some of their valuable time so that you, our readers, might benefit from their expertise. I am forever grateful.

Especially since I still don't understand the stuff...

A huge essay on the various aspects of Chinese thought, including Taoism, Confucianism, Buddhism, and Christianity, can be found in the very large Cultural Foundations area. Comprising of not only a great introduction to the various ancient Chinese thoughts, it contains historical background and introductory explanations. This section of the Foundations area is a great way to get some background into the different aspects of ancient Oriental Thought.

The Chinese Thought section contains unabridged versions of ancient important Chinese texts, which exemplify relevant examples of ancient Chinese thought. There are some associated explanatory essays within this section also.

It would be very difficult to discuss and learn about Shaolin gong fu and Shaolin philosophy, without becoming educated in some of the various aspects of Buddhism.

This section is devoted entirely to some of the more important and relevant Buddhist sutras and other related information.

A compilation of some of the more popular Buddhist sutras

The translation of the Buddha Gospel

The James Legge translation of the famed Buddhist Kingdoms

The basic concepts of Buddhism

Chinese history through the ages

Everything doc. Things of and from doc, Richard Russell MD, rantings, raves, thoughts, and other completely inconsequential nonsense. You'll find areas about doc, his family, the school he started years ago, the nightmarish process of getting visas for Shi De Cheng and other Chinese citizens, and, in the Fugue category, some thoughts written over the years, which include relevant historical happenings from Shaolin, all accumulated during his many trips to China.

This is doc's Hood. Enjoy, and meet the guy who created all of this.

Meet the family! Some pictures over the years, of the clan.

The images are organzed according to years; click on the "doc's clan" link above, or follow the upper navigation menu. 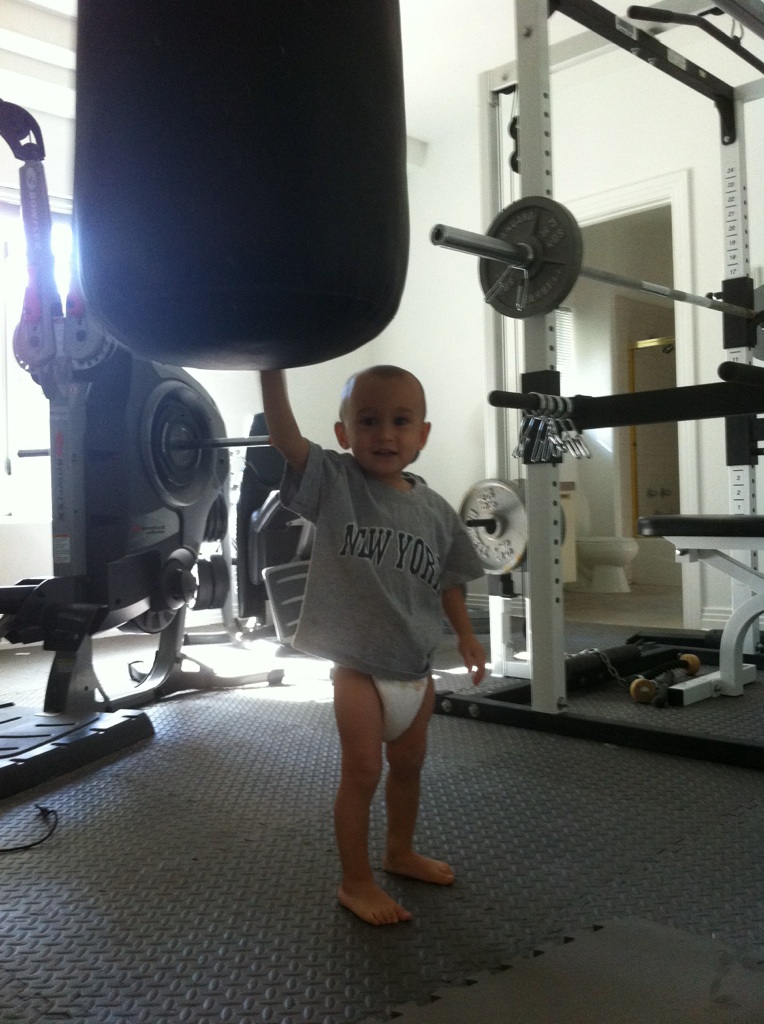 Meet the guy that started all of this. And, who continues to maintain it. 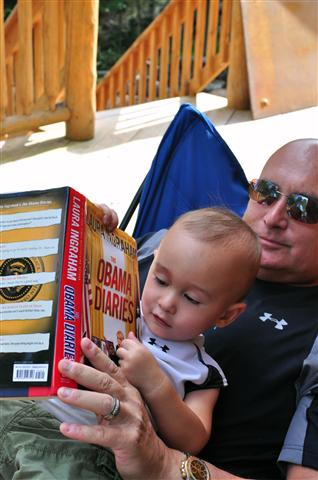 The origins and evolution of russbo.com. Started in 1996, it has seen countless changes and additions, as well as millions of viewers. The site continues to evolve and grow to this day. Few people are aware of the following facts:

Welcome to the wild, wacky, weird and wonderful world of my emails. I actually get a lot of them, and over the years, some of them have just been too good to not share. I've removed any names and other identifying aspects so as to make them completely anonymous. They're not in any specific order, except that the newer ones tend to be on the bottom. As I get new ones, they'll get added to the bottom. I present these not only for your edification, but for your entertainment. There's no reason why I should benefit solely by these pearls of wisdom. In some cases, I've just presented portions of them; in others, the entire email is recreated. In all cases, they're real, bonafide, submissions to me from people just like you. And, I respond to every damn one of them.

So, if you think you can top any of these, bring it on. I'm ready.

Oh, and in the emails below, the actual email sent to me is in regular type.

The verbiage in italics are my responses or statements.

All the emails are original, real, and have been sent to me at some time in the past. I haven't bothered to correct the spelling or the grammar. I've "xxxx" 'ed out the names and anything that might cause reference to the real sender. Also, some of the material in here might be deemed "offensive" by people with taste. Not that I know many of them, but, be warned. It can get pretty raunchy in this section.

These pages are constantly under construction.... (The emails just keep coming).

Travel back in time with us, to the beginning days of the early russbo.com:

Announcements and various other blurbs about changes in russbo.com over the years, which demonstrate the historical changes the site underwent over the past decade.

Various non-interconnected but relevent and educational ramblings from doc. These "stories" were written during some journeys to Shaolin, and they present to the reader insight not only into Chinese culture, but important recent historical happenings at Shaolin.

There's a lot of Shaolin history in those stories...